Continental Divide is a locallly owned family business founded by Jeffrey & Ana Maltzman.  Jeffrey serves as the company's President while Ana serves as Vice President and Chief Tasting Officer.  Daughters Lexie and Jess help on the bottling line and in the tasting rooms.  Scout, our Bernese Mountain Dog is our official winery dog mascot and is a frequent visitor to the tasting room.  He accepts pets and snacks from all friendly humans. 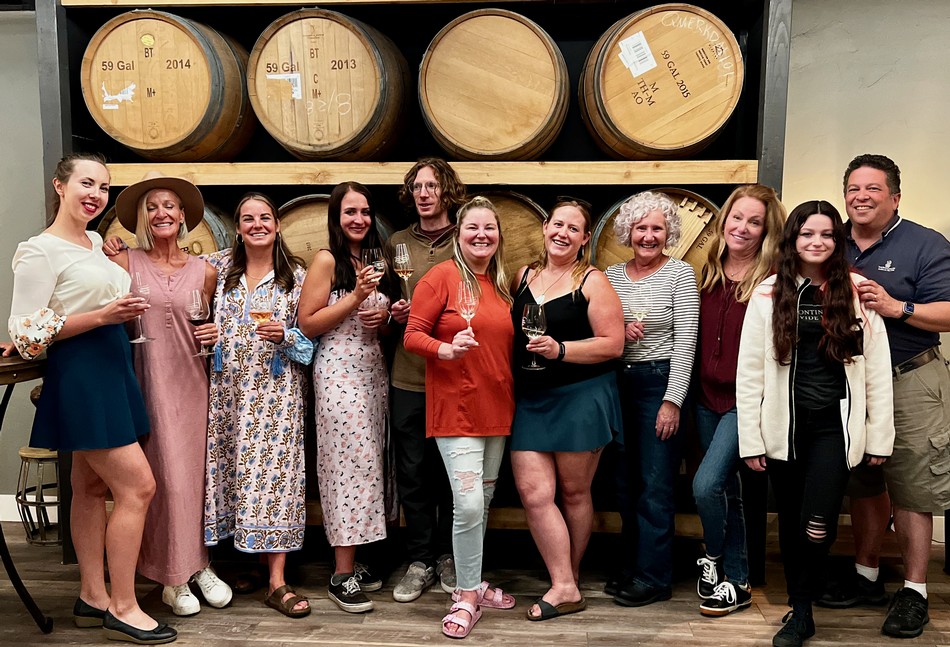 Finding staff in a resort community is always a challenge and we are fortunate to have an amazing and talented team - many of whom have been with us since the day Continental Divide opened!  Pictured from L to R: Natalia, Jill, Michelle (general manager), Kinga, Andy, Meredith (wine club manager), Heather, Rose, Ana, Jess and Jeffrey. 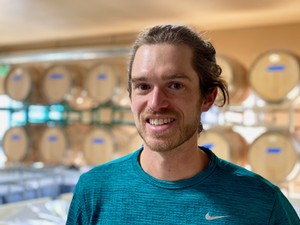 Dan Kraft
Senior Winemaker
Originally from Western Colorado, Dan first became interested in fermentation while homebrewing at Colorado College.  After finishing his Bachelor's in chemistry in 2011, Dan headed to California to work at Navarro Vineyards in Anderson Valley, where the process of vinification proved captivating. This led him to the Pacific Northwest, where he completed his Master's in Food Science with an Enology concentration at Oregon State University. Immediately after graduating, he began working at Kevin White Winery in Washington and also produced his own label, Seekseekqua, from organic vineyards in the Willamette Valley.   Today we are proud to have Dan as our senior winemaker.  Drop by the South Park (Fairplay) location and ask Dan for a behind the scenes tour of our winemaking.

Keep up to date on the latest wine releases, events, and promotions and get 10% off your next order.